How any one particular client might feel about the markets and economy under a Biden/Harris administration is in most cases dependent on their political leanings: we are cognizant, too, that it is human nature to possess some degree of confirmation bias: gravitation toward information which confirms one’s own point of view. Our goal then is to provide our clients with unfettered, impartial, and data supported advice on the markets, economy, and their overall financial plans.

In my 37-year career, I have learned to be well versed in current tax proposals, however, am mindful that many more do not come to fruition than do. It’s important to be nimble, realistic, and most importantly not let the tail wag the dog. In other words, taxes are an important component of planning, but they should never drive the process.

The degree with which the Biden tax proposals will be implemented is dependent on the January 5th special elections in Georgia for both Senate seats. Democrats would need to win both seats to get to 50 and an implied majority with Vice President-elect Harris as the tie breaker. Odds are this won’t happen, and the Republicans will hold the Senate. The markets are trading like this is a forgone conclusion.

On the off chance that were not to be the case, I would point out when viewed on a scattergram based upon voting ideology, the complexion of the Democrats in the Senate is more centrist than those in the House. The majority of Democratic Senators are moderate to centrist according to data from govtrack.org.

In the big picture President-elect Biden’s proposals would substantially increase income and payroll taxes on high-income individuals, likely rolling back parts of the Tax Cuts and Jobs Act (TCJA) and ending the lower capital gains rates. He is proposing to raise income taxes on corporations from 21% to 28%. He would expand tax credits for middle- and lower-income individuals who would see their tax burdens fall. His proposals would increase federal revenues by about $2 - 3 trillion over the next decade.

More specifically for individuals, Biden’s income tax proposal would raise the top ordinary income tax rate back to 39.6% from 37%, create new limits on deductions and impose the 12.4% Social Security payroll tax on wages above $400,000. Furthermore, high-income owners of some pass-through entity businesses would lose the tax break they received in 2017 and be back to paying ordinary rates on those distributions.

In Part Two of this Blog, I will cover some of the other revisions in President-elect Biden’s tax proposals and provide some historical insight on political parties’ effects on the markets.

The views and opinions expressed herein are those of the author(s) noted and may or may not represent the views of Capital Analysts or Lincoln Investment. The material presented is provided for informational purposes only. You should discuss any legal, tax or financial matters with the appropriate professional. Tax services are not offered through, or supervised by, The Lincoln Investment Companies.
PLEASE SEE IMPORTANT DISCLOSURE INFORMATION at www.capitaladvisorsltd.com/disclosure
SEE IMPORTANT DISCLOSURES IN LINK 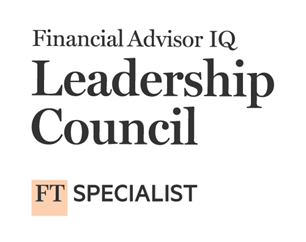 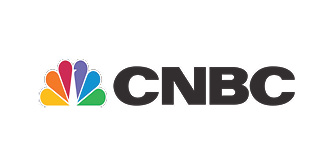 Capital Advisors, Ltd.'s Neil Waxman Honored as a Notable Wealth Manager by Crain's Cleveland
subscribe to the blog
Social Media
About the Writers